The secret to designing a great quit-smoking program? It’s not just about smoking. That’s the lesson from the recent project addressing the challenge of smoking in young Māori women, run by ThinkPlace in association with New Zealand’s Ministry of Health.

At ThinkPlace we like to say we tackle the world’s most complex challenges. Clients come to us with problems that appear insurmountable.

And there are few challenges quite so complex as smoking.

Our work for New Zealand’s Ministry of Health around smoking cessation in Māori women has given us a significant opportunity to make an impact on the lives of individuals and communities. It has been a fantastic test and a positive validation for some of our methods and approaches.

Governments around the world, including in New Zealand, have structured efforts to curb smoking around the idea of using methods that are “international best practice.”  The logic appears clear: what has worked in one place or with one group will work in another.

But the same interventions may not work for all groups and in all circumstances.

While rates of smoking have been declining overall in most Western nations and in New Zealand generally, young Māori women have proven a more difficult challenge for existing messages around the harm caused by cigarettes. Smoking rates remain stubbornly high amongst these populations, leading to follow-on health problems such as cancer and stroke and further contributing to economic and social disadvantage.

This project brought together capabilities and tools around big data with a human-centred, design-thinking approach to encouraging behaviour change. It is based upon the idea of using insights to shape intervention.

In part it also functioned as a sandbox for co-design, assembling a core design team populated by diverse voices and forms of experience including Māori women, health experts, government representatives and smoking cessation contractors – who generally work as service providers for government-sponsored campaigns.

Our process began with a research period where we sought rich and varied information from more than 50 Māori women about their smoking. We asked them when they began smoking, what influenced it, what triggers it and how it fits into their cultural and family background.

Care was taken to avoid a paternalistic or censorious tone that can sometimes typify government-led intervention in this space.

Rather than asking “why haven’t you quit?” says Project Lead Mondy Jera. “We asked them: tell me about smoking in your whānau?”

Smoking as a journey

These initial research insights led to the creation of personas and innovative use of visualisation to create a ‘daily smoking journey’. That representation effectively shows the role of smoking in the daily lives of Māori women. When do they smoke? What triggers these moments? How do they relate to periods of stress, intensity or the absence of those factors?

“We wanted to know not just why young Māori women smoke,” Jera says. “But where are the opportunities to interrupt, to intervene and to empower change. Smoking cannot be isolated from other factors that women are dealing with so our response shouldn’t be either. What can we offer that is more effective and supportive? What works?”

OK, so where are they?

The next stage of the project involved working with health providers to come up with suggestions, what we call ‘how might we’approach to encourage cessation.

Those ideas were synthesized, iterated and built upon across a series of workshops to produce four different concepts encouraging Māori women to try stopping smoking. These were then trialled at four sites across New Zealand.

Across these trials, results have been hugely encouraging. Women and providers identified a range of emerging outcomes including:

Some women reported outcomes of:

Strategies that have proven successful include:

While there is plenty of development to come, this work is already showing the potential to change lives for the better. An Auckland woman recently told news site stuff.co.nz that one of the trial programs had helped her stop smoking.

"I just smoked all day. I don't think I was in good health," said Cassandra, who had been smoking since the age of 9.

Cassandra has been part of a program in South Auckland which involved not only talking about smoking cessation but helping arrange childcare for so that participants could take part in activities such as walking, kayaking and shared meals. The women were encouraged to switch from smoking to vaping, which they will attempt to phase out entirely in a second stage of the program.

"My kids are willing to kiss me instead of moaning about how smelly I am."

The trial sites will be widened to include more areas and the interventions will be sharpened and re-iterated, allowing the contractors who generally provide smoking cessation services for government to work with the new methods and approaches.

Resulting feedback will help to create new guidelines for how the Ministry of Health contracts anti-smoking services.

“This project shows what you can achieve with a client who is genuinely forward-thinking and willing to explore new ways of working,” Jera says. 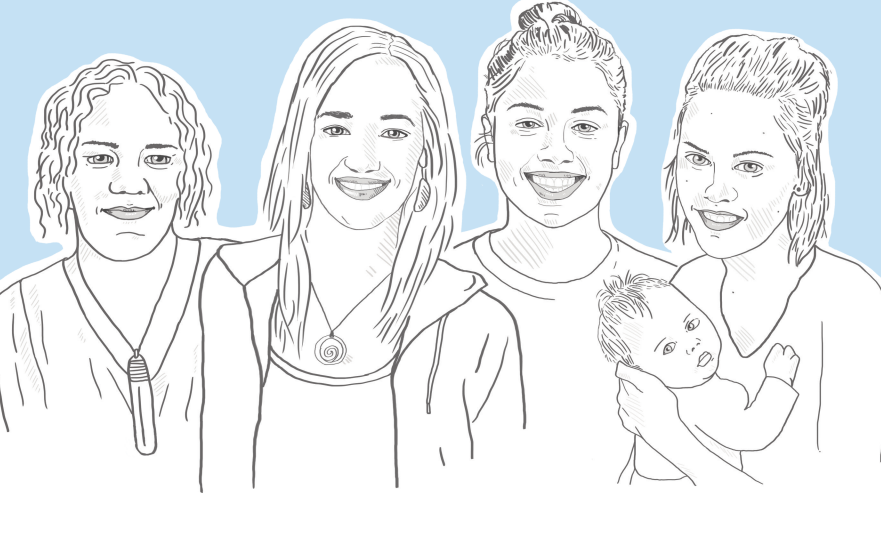