How the power of empathy is turning around an entire community

This 3-part series offers a deep-dive into a community being transformed and the unique methods that are helping make it happen.

To the leaders and members of the Del Norte County community the request was almost unthinkable.

Tell us how you are changing the unchangeable. Show us how you’ve done it.

The request came from The Ford Family Foundation in nearby Oregon. In the audience were more than 60 community development foundations, funders and NGOs.

And all were hungry for the secret sauce.

Four years after setting out on an ambitious program to improve health outcomes for members of this traditionally-disadvantaged community in Northern California something extraordinary has happened.

The Robert Wood Johnson Foundation each year ranks the 58 counties across California according to how they are tracking across a range of health outcomes. These include quality of life, mental health, smoking, obesity, alcohol abuse but also associated indicators like high-school graduation rates and poverty.

But by the time Del Norte leaders were recently asked by neighbouring Oregon to come and present their formula for success those rankings had flipped. In the most recent assessment Del Norte ranked 39th of the 58 counties, having leapfrogged more affluent neighbours and shown stunning gains across a host of areas.

For those everywhere who strive for healthier, happier and more resilient communities this kind of change demands further study. For ThinkPlace Senior Executive Designer and Partner Leslie Tergas, who has been part of the transformation, it was a significant moment.

“These are complex, multigenerational problems and addressing them requires that an entire community pull together in the same direction,” she says.

“People feel that things can never change, that they will never change. Well in Del Norte they have changed. And they are continuing to change. It’s just so exciting.”

Del Norte County occupies the Northwest tip of California. Its 1200 square miles run along the border of neighbouring Oregon, all the way to the Pacific Ocean and are home to many of California’s famous redwood forests.

Those majestic trees are imposingly large, famously old and very-much entrenched. The socio-economic challenges faced by Del Norte and its people have long shared similar characteristics.

Demographically, the county and adjacent tribal lands are home to a diverse population with around 14 per cent of people sharing Hispanic background and almost 9 per cent Native American (2000 census).

Native American Tribes the Yurok and Tolowa Dee-ni form an important part of the community and culture but have long been overrepresented when it comes to economic and social disadvantage.

Prior to the start of the Building Healthy Communities project, Del Norte was tangled up in what authorities called a “health crisis”.  But that language masks a broader truth: the crisis wasn’t just about health.

Instead, a web of interconnected complex challenges spanning areas like poverty, education, transport and land-use were contributing to poor health outcomes and acting as a handbrake on local communities.

Indicators everywhere were demoralising. Nationally, across the United States, Kindergarten absenteeism runs at 10 per cent. In Del Norte it was three times higher at 30 per cent.

As the school journey continued things did not improve. A 2013 study found that 50 per cent of third grade students across the county were not reading at grade level – a rate much higher than the national average and a key indicator for continuing disadvantage in the education system and in life.

This meant that money was suddenly available for programs and projects in Del Norte. But in the early days of the project, progress proved painstaking. Service providers and community leaders had access to funding and shared a desire to change their community but had not explored in an integrated way how the individual initiatives they were pursuing might connect with each other.

They had a shared view about where they wanted to get to but it wasn’t specific enough to be implementable. And even if it had been, the skills to implement this ambitious agenda of radically changing systems and policy change to improve health equitymostly did not exist within the community.

And then things changed. A renewed sense of purpose from the community saw ThinkPlace get involved in 2015. Together with community leaders, and service provider partners we began work on co-designing a completely different approach.

Underpinning this work are some simple but powerful ideas. The first – and one that is at the heart of the California Endowment – is health is not an island. Health outcomes are inextricably linked to employment, education, economic opportunity, housing, the environment and more.

What we set out to do was to transform the way this community was working and to give them the tools to re-ignite the spark of hope and change. This has the potential to transform how we do community development and the pace at which we do it - Leslie Tergas

WORKING TOGETHER AND BUILDING CAPABILITY

At the heart of the success being witnessed around Building Healthy Communities in DNATL is the collaborative nature of the interventions it has spawned and the capacity-building that accompanies them, spreading across the community.

Many consultants fly in, fly out and then wait eagerly for the next billable opportunity. The ThinkPlace methodology, however, is about building internal capacity. It focuses upon developing the skills, mindsets and conditions within communities that will enable a broad range of change initiatives to take root and grow.

From the outset of our involvement, a large number of community leaders have been trained in design thinking methods that begin with empathy and track through gathering insights and working together to iterate, test and refine interventions.  These methods and mindsets are now deeply embedded in how the community approaches challenges.

“From our point of view we are planning for our own future disappearance,” Partner Leslie Tergas says.

“We want our partners and collaborators in the community to no longer need us there. That’s not something you hear from consultants every day.”

Geneva Wiki from The California Endowment says she keeps hearing from partner organisations who went through the training that these skills have transformed those who received it far beyond the project itself, as organisation leaders, as parents and more.

“We hear stories of ripple effects often,” she says.

What is empathy sparked transformartion and why does it work 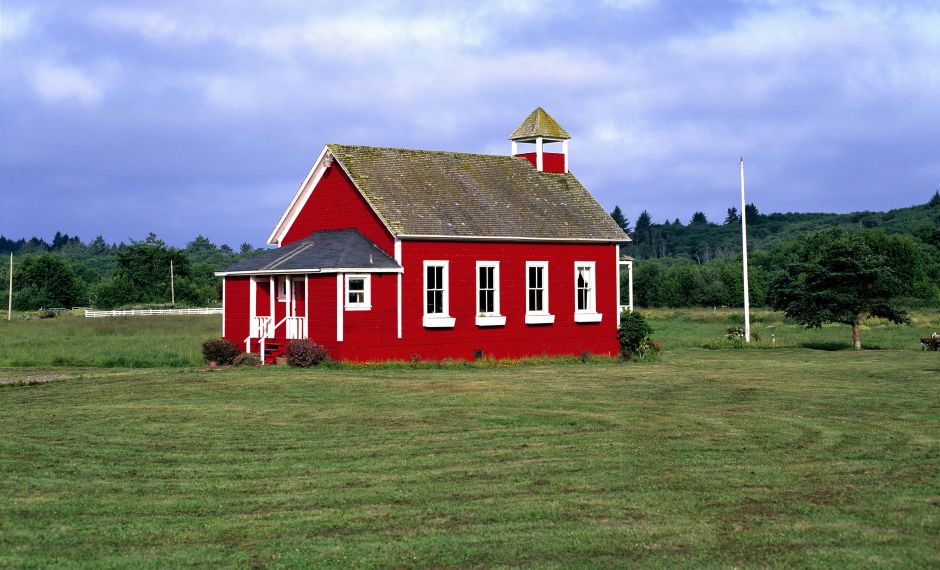